2.22.22 was a magical day for many all over the world. Spiritual healing, alignment, and high vibrations filled the air, as manifestation became an important practice for those knowing the importance of self healing. One person in particular who sparked healing for family, friends and fans was superstar singer Jhene Aiko. She hosted her first ever public healing retreat called “The Ark” allowing attendees to engage in meditation circles, yoga routines, breath work, journaling, and sound baths. After each healing workshop wrapped up, Jhene took the stage in a silver ensemble looking like a fairy goddess accompanied by Big Sean. As she began her sound healing ceremony, she invited the intimate audience to participate with her in a relaxed state of mind, body and soul. She was seen performing a sound bath, which is a meditative experience in which those around you feel “bathed” in sound waves. Big Sean led one of the meditations following Jhene’s lead, while her father Dr. Chill played the flute live throughout the entire ceremony. 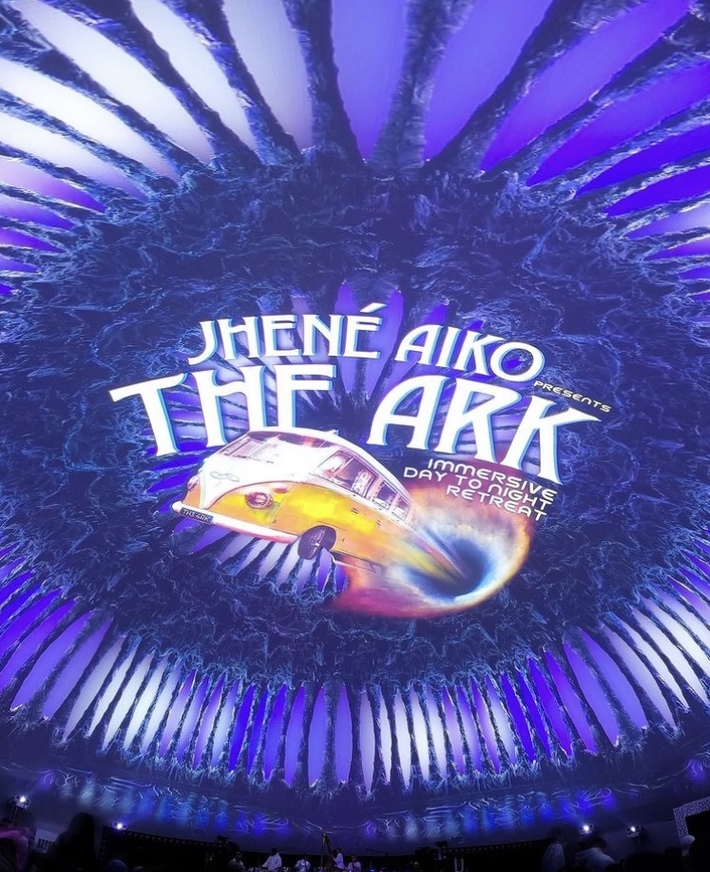