Gucci/ Moncler – This song talks about wearing Moncler and Gucci and how money brings about better swag and the perks that come with dressing better. It takes money to dress in designer. Yung AL "RUN IT UP" Single

Seven Kings Entertainment is proud to introduce you to the new music single titled "RUN IT UP" by the talented and versatile rising Houston native artist, YUNG AL recently caught the attention of the industry with his viral video "Jungle Freestyle" 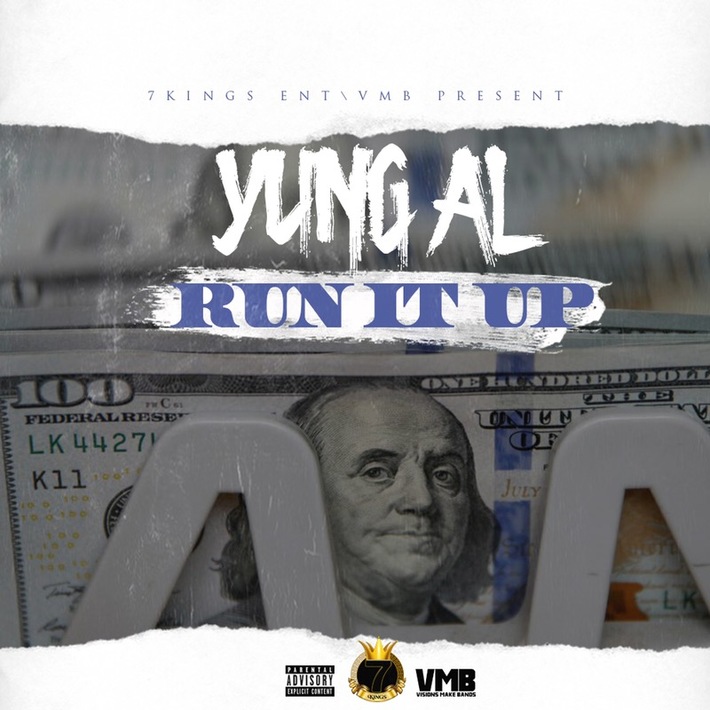 Check Out The New Single 'Hands Off' By Rich Nation Swazy Styles. | Available Now On All Digital Platforms! 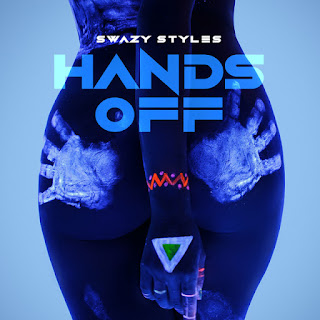 @richnationthefamily
Posted by Breezy Says at 6:22 AM No comments:

Check Out The New Single 'Love Me' By Rich Nation Artist Kerry Ann | Available Now On All Digital Platforms! 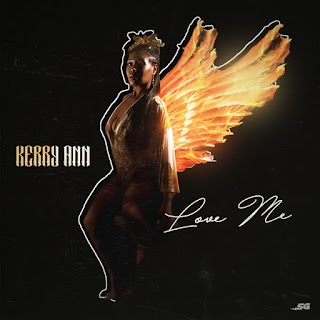 Click Here to Stream and add the single to your Spotify playlist!!

@richnationthefamily
Posted by Breezy Says at 5:46 AM No comments:

Ay Quez brings one of the HOTTEST SUMMER 2K19 tracks to surface. "She Know It" will be playing ALL OVER. | Visuals by: @_ksingles

At the age of 12 Indae was discovered and mentored by the producer and rapper Total Kaos. Kaos was the creator of the Mega-hit “Party” by 2 Live Crew feat 3 six Mafia. Total Kaos brought Indae into 360 studios in Tallahassee Florida and with the guidance of his mentor and hundreds of hours of work, Indae developed into the hit maker that he is today. Indae's first song at 360 was called “Ringtone.” He performed “Ringtone” at a high school pep rally, and the song along with his performance gave him a legendary local status among his peers. Indae also realized that if he combined his talent with dedication, music could also bestow the opportunity to become financially successful. Indae began to put together a repertoire of original songs and over the years has built an impressive catalog of his music. Indae's musical journey led him to Houston Texas where he recorded music with DSD1 Music Group. After coming back to Florida, Indae joined with the famous producer and manager Bigga Rankin. Their first project was the release of Indae’s mixtape “Gangnam Style.” One of Indae’s most popular songs from this mixtape “Bando Babe” sent him on tour performing shows in Orlando, Tampa, St. Petersburg, and the surrounding South Florida cities. Indae later released his mixtape “Blu Magic.” This superb mixtape caught a major buzz in the SouthFlorida, Miami area. After “Blu Magic” Indae released another Florida hit, “Good Fa Me” featuring the rapper Koly P. Koly P, also has a feature with one of today’s Hip Hop superstars Kodak Black. Recently Tokyo Jet out of Jacksonville, Florida, reposted a video via Instagram with Indae remixing one of her songs entitled “No Problems.” The universal sound and appeal of Indae is now being introduced to the world with the release of his new song and video “Tonight.”

Checkout the new Young Leaf "Please You" Video, Directed by: ajoutloud and Prod. by: Yung Lando

Rapper Bobby Crillz was born and raised in Perth Amboy, N.J. Crillz says his music is a direct reflection of how he views the world and his motivation to change the lives of the people closest to him.
Born Roberto Rios, his stage name was inspired by his upbringing and environment. Co-Owner of the “March Fifth Music” Record Label along with his Partner Marcus “Lucci” Jones, Crillz uses his genuine personality and life experiences to create music that paints a picture with the likes of the all-time great Hip-Hop legends. Crillz released his first single “How Real” on July 12, 2019 off his upcoming album “Full Circle” which is slated to be released in the first quarter of 2020. The single has opened many eyes to the talent he possesses. Be sure to connect with Bobby Crillz on social media and press play on his new single “How Real”.

Click Here to Stream / Add Single to your Spotify Playlist!
Posted by Breezy Says at 3:25 PM No comments:

Time doesn't stop, but you're only as old as you feel ... so don't feel old, feel "A Little Less Young". The band absolutely crushed this tune. The final product turned out well beyond expectations. Phenomenal skills of Brent Mason on Lead Guitar, Mike Johnson on pedal steel and Buddy Hyatt on the keys created magic. If it weren't for Beverly Gosdin, this never would have came together. 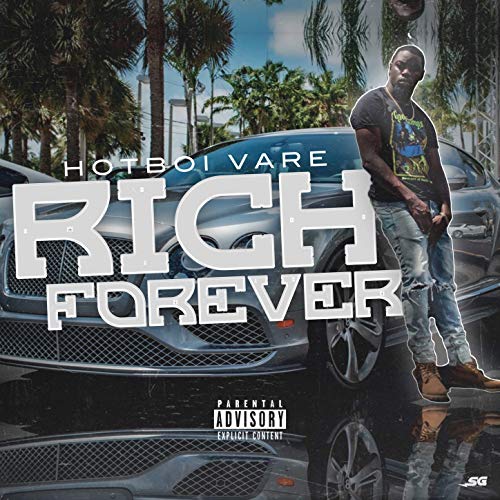 Check Out The New EP 'Feel Me Now' By Rich Nation Artist Scarface Lay. Available Now On All Digital Platforms! 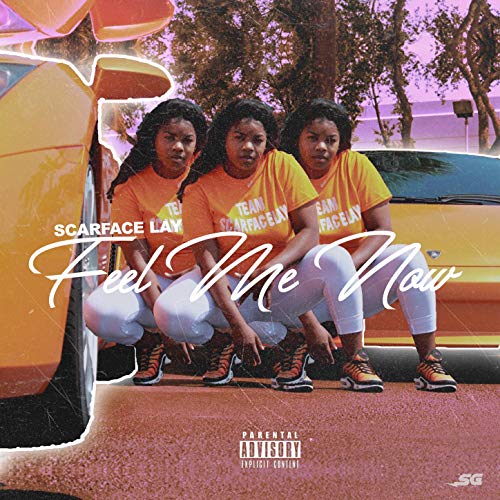 Jump right into some crank! The Black Widow Tape is a new project from DMV upcoming artist Spyda and he's giving his fans all of the bass heavy lyrical music they can ask for. From party songs to sophisticated flows over trap beats, this tape leaves nothing to the imagination. Songs recorded, mixed and mastered by Lex of NP at Soundtheory Studios. Available on all sites below!!!


Feedback and Support are greatly appreciated!

Connect via Social Media:
INSTAGRAM: dablock_sde / m1mmos
SHOT BY: NAPPIFILMS | INSTAGRAM: mostunfamous
Posted by Breezy Says at 8:23 AM No comments:

Email ThisBlogThis!Share to TwitterShare to FacebookShare to Pinterest
Labels: At All, Da Block, Flakin, Mimmos, Video 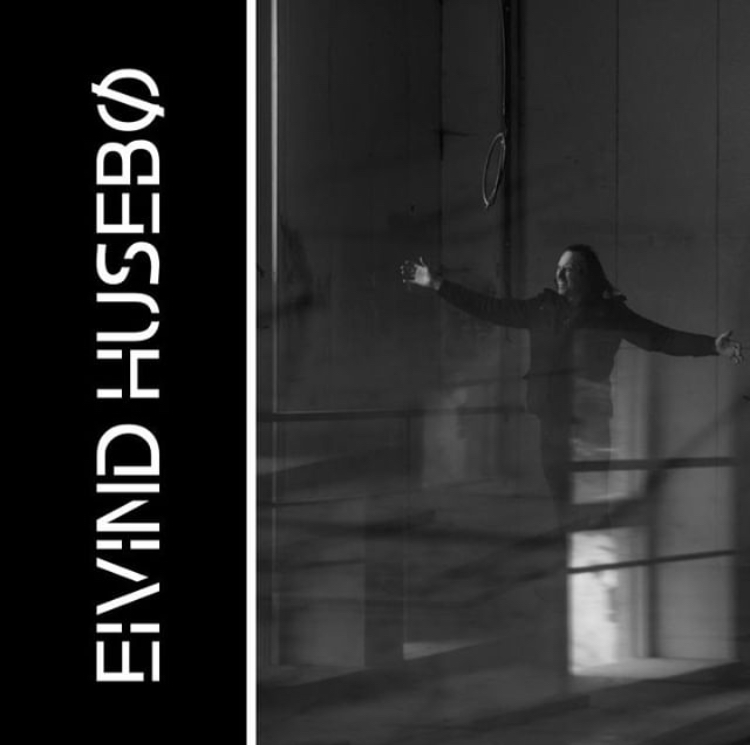 Check out new video "Its Okay" by ChimneyBoyQuise!!!

Email ThisBlogThis!Share to TwitterShare to FacebookShare to Pinterest
Labels: ChimneyBoyQuise, Its Okay, Video

"Break Through" Video by Tracee Perryman

Check out this new, hot video released by Tracee Perryman - artist and songwriter! Break Through brings a fresh, uplifting vibe to empower people to push through their current situation. 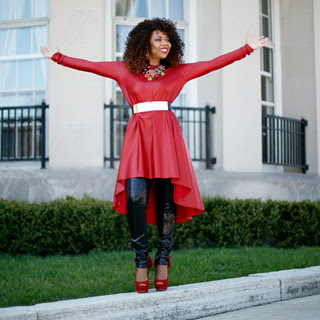 Check out this new, hot video released by Tracee Perryman - artist and songwriter! Break Through brings a fresh, uplifting vibe to empower people to push through their current situation. Break Through appeals to the inspirational audience while infusing urban rhythms and R&B vocals. You can reflect on your situation, or let the song's energy lead you in praise or to the dance floor. The Break Through video was directed and produced by Creadio Inc., with the song being produced by Marcus Devine. For more music by Tracee Perryman, visit Spotify, Apple Music, and other digital distribution outlets. 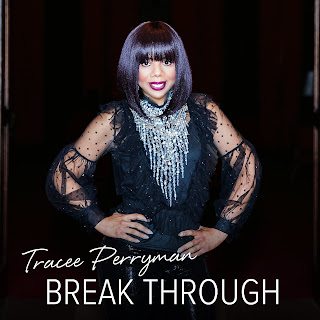 R&B crooner PxRRY has tapped into a sound that get fans on their feet and immediately moving. His undeniable hit single “So Badd” has raised the bar for what R&B and Pop music should feel like. From the 80s inspired beat, produced by longtime partner RichBreed, to the sexy serenading lyrics, “So Badd” is easily a timeless record. 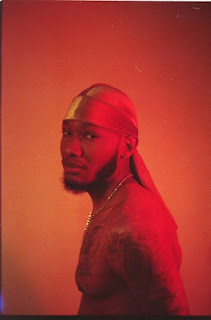 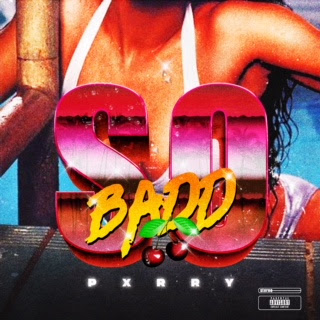 The high energy, seductive and sexy feel good record was the breakthrough that led to his moment as a solo star. PxRRY is well on his way to becoming a staple in the new generation of music.

Email ThisBlogThis!Share to TwitterShare to FacebookShare to Pinterest
Labels: PxRRY, So Badd, Video

There is only 1 DJMC in this millennium really representing HIP-HOP and AFROBEATS internationally and that's DJSAYNOMORE. originally from the Tri-state, DJSAYNOMORE lives in DUBAI for the past 15 years as a resident of many nightclubs, venues and ELITE private parties for many different cultures displaying the essence of AFROSWAG. The Boy is TIMELESS....Google DJSAYNOMORE all 1 word.

Benzil is an artist who lives and breathes music. you can hear it in the way his songs seep an easy mix of afro, pop, reggae and dancehall with a little bit of hip hop. you can see it in his dynamic live performances and you sure as hell can’t miss it when Benzil starts to sing. strange kings music recording artist Benzil has released his brand new music video for ‘’wine your waist’’, his fourth coming single from his soon to be announced first album. to view the clip, visit his Youtube channel or the official Strange Kings Music website , the song was written years ago and quickly became a fan favorite inspired by the struggle of an African man to be successful. Benzil re-recorded the song adding more depth and his signature ‘patwa’ and the afro-dancehall rhythm. Benzil is on a mission to bring quality back to afro-dancehall in Cameroon. ’’I am obsessed with writing the perfect song and putting on a proper live show’’ says the singer ‘’there was a time when all musicians felt like that, now, music is all about making money and being number one. i don’t care about that. i rather make music that moves people.’’ formed 4 years ago with hit track ‘’shake it’’ which sold both nationally and internationally, Benzil is signed and is working ever since with music house strange kings music, which gave him the opportunity to collaborate with both national and international artists and has release other singles back to back such as ‘’Party’’ ” Bend Papi” and the most recent release ‘’Wine your waist’’. ecstatically nominated by the national urbanjams, greenawrds and many others, Benzil has been described by many as ‘’the king of Cameroon Afro-Reggae and dancehall’’, ‘’as bursting with talent and a force to be reckoned with’’. Benzil’s recently released audio single ‘’wine your waist’’ had already been picked up by both radio and tv stations all over the country. Benzil’s mind is set to give the Cameroon music scene a much needed kick in the butt.

Unfufu , National Recording Artist grew up in Jacksonville, Florida with a passion for the entertainment industry in which he delivers thru his music. Known for his mixtape series "A Song A Day", Unfufu drops his latest record 1000 Onez prod by Swagg B off the 6th volume of his mixtape series. After run ins with the law, a name change, and readjusted focus, Unfufu has "nothing, but time on his hands...if he could control the time he'd put them grands in his hand" as stated on his last EP. The grind is the underlying theme in his music and his laser like focus on his priority is admirable.
Check out the single and support the entire project via Bang'em ENT! 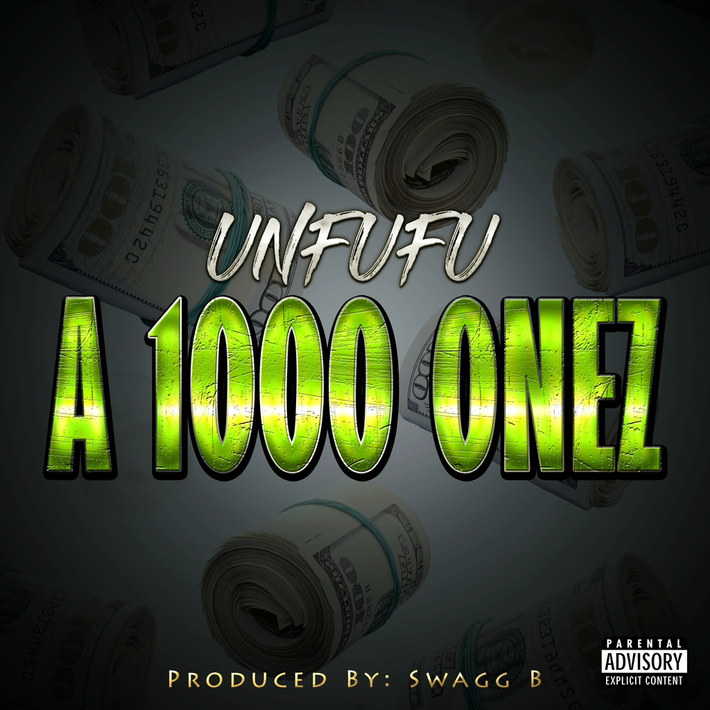 
Click [Here] To Add It To Your Spotify playlists!

Check out Unfufu's new mixtape "A Song A Day vol 6" on all streaming platforms: https://open.spotify.com/album/5FLJiTOgYCh9kJTDfIRj1z via Bang'EM ENT!